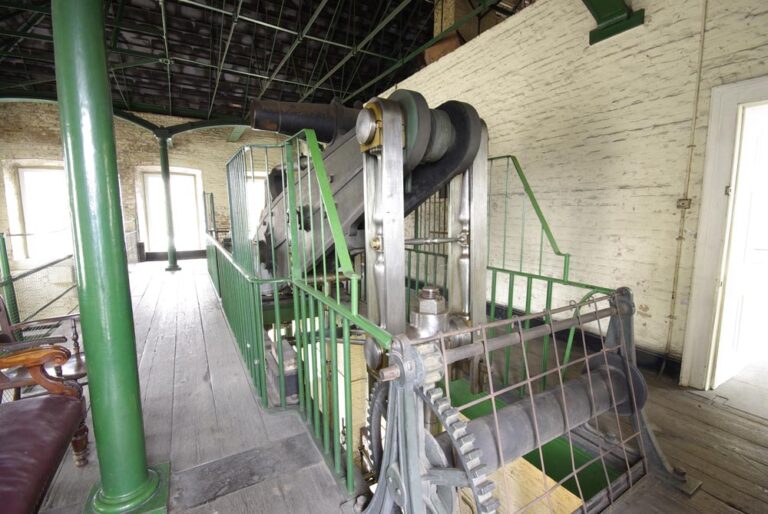 The next twelve months will be a critical time for the Museum. As we move back into what we hope will be a stable new normal, we will be expected increasingly to manage without the public or charitable support which has been critical to our survival this year. Our focus must be relentlessly on minimising costs and maximising income, particularly by driving up visitor numbers. And we have to do this with a much greater load on staff and volunteers to keep everybody using the Museum safe. Inevitably, some activities will be of a lower priority than others, particularly where they will result in an additional administrative burden for staff. That is why current National Lottery funded works to the Museum are largely being carried out by contractors.

But this does not mean that we are turning our backs on our unique and world famous Cornish engines. Trustees and staff were concerned well before the virus came at the steady erosion in the number of working Cornish engines we could offer to the public, down to one, the Bull, by the time of lockdown. At the same time like so many other things lockdown gave us a chance to review priorities. In particular we confirmed that we should not give a high priority to the restoration to working order of the Maudslay, and that we should look at work to the 90 inch as part of a larger project (likely to be the major Museum works project for the next few years) to repair the associated engine houses and look at what might be done with the 100 inch to present and interpret it better.

So this left the Boulton and Watt, which in any case was a high priority as it first steamed 200 years ago (in Chelsea it is true and as a cruder Watt cycle engine). But this would require funding and really could not be prioritised for general support when the other needs of the Museum were so much greater. However we turned out to have a number of members (including some international ones) who responded very positively to an appeal for funding specifically for the Boulton and Watt. Thanks to their generosity we have been able to agree a programme for restoring the engine to working order. While the Boulton and Watt will not steam in its bicentennial year it will run some time in 2021. 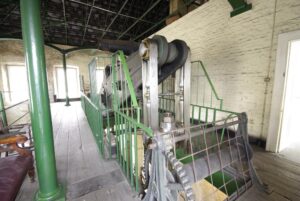 As promised by Oliver Pearcey at the last AGM the project has started this year with the ordering (and payment for) a new main steam valve. The one currently in use was installed in the early 1970s when the engine was first returned to steam and may not have been new then – certainly the newness has all worn off now and it is leaking and unusable. The new valve complies with all current standards and is designed to work in any position – essential because the spindle cannot physically project upwards through the cylinder floor. This is certainly not a cheap item but the donor paying for it very positively insisted that we procure the best possible valve for the job. It also has something of a lead time. We expect delivery in mid-January (and we hope to have some pictures for you then).

We then plan to proceed with the main repairs in April – but we are not wasting the in-between period. We are taking the opportunity to design in a bypass valve arrangement to allow warming through the engine before running without having to crack the main steam valve – an improvement which we hope to bring to all the engines in time. We are finalising the details of the working arrangements for the contract, which are complicated both by COVID19 and our very welcome public reopening. And depending on final costs we are looking at the possibility of funding another possible related piece of work which would further enhance the visitor experience. 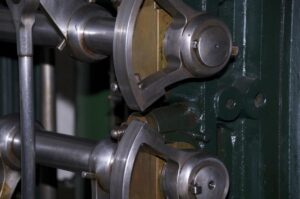 Finally, the old steam valve has a significant scrap value and will be disposed of. However, if any member would like to acquire a large souvenir of the Museum (buyer will have to collect) please let the Museum Director know how much you are willing to pay by the end of April 2021 and we will notify the lucky winner soon afterwards.