As labour and fuel costs increased, steam engines became more expensive to run. By 1944 all of the steam engines at Kew Bridge had been retired from active service and replaced by more efficient diesel and electric units.

The situation was mirrored in pumping stations all over the country, with hundreds of retired water-pumping steam engines lying idle or being scrapped.

In June 1944, the Metropolitan Water Board formally designated Kew Bridge Water Works as a ‘Museum Pumping Station’. The intention was to preserve the site’s artefacts, engines and architecture, and provide a centre for other historic artefacts from elsewhere. Initially, it was not open to the public and few people knew of the Museum’s existence.

By the early 1970s the water supply industry was undergoing radical change and modernisation. The few water-pumping steam engines left in London were redundant or due to be retired and scrapped. At the same time there was a growing realisation of the importance of Britain’s industrial heritage and a growth in public interest in it.

The Kew Bridge Engines Trust was formed in 1974 by a group of volunteer enthusiasts. The site was still a working water pumping station at the time, although greatly reduced in size and output. Between 1974 and 1976, the Trust restored Kew’s Boulton & Watt and Cornish 90 inch engines to working order and opened the site to the public. With lots of space available, they also collected engines and artefacts from other sites. By the early 1990s, the last of the water company staff had left the Kew Bridge site, leaving it completely to the Museum. 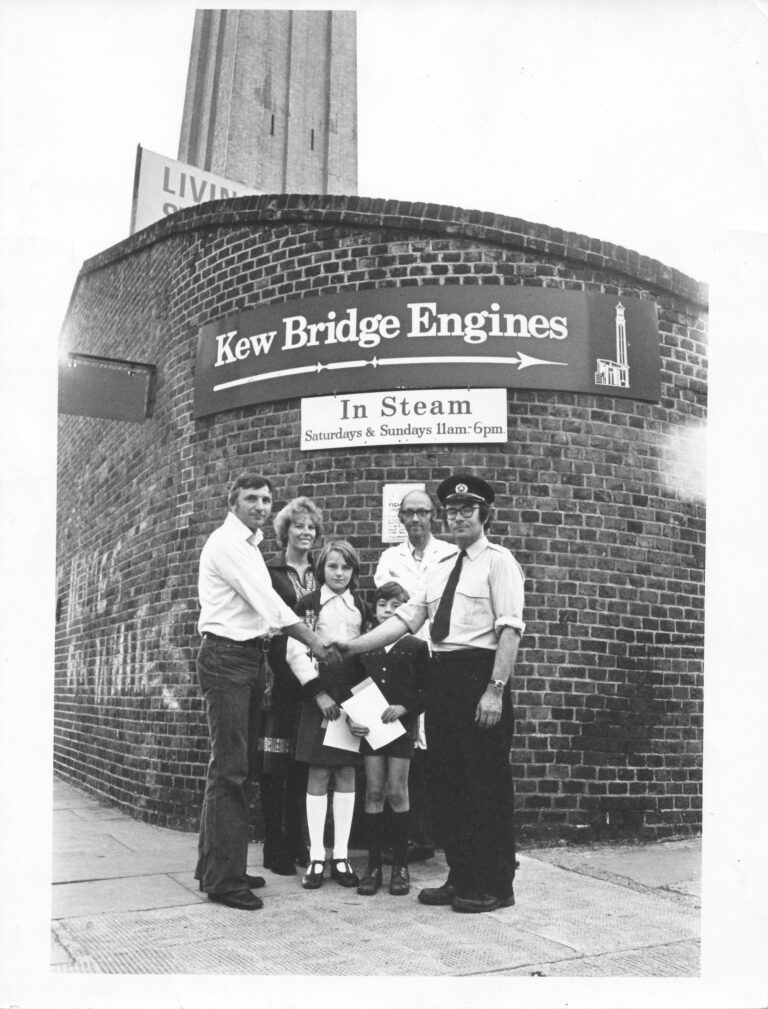