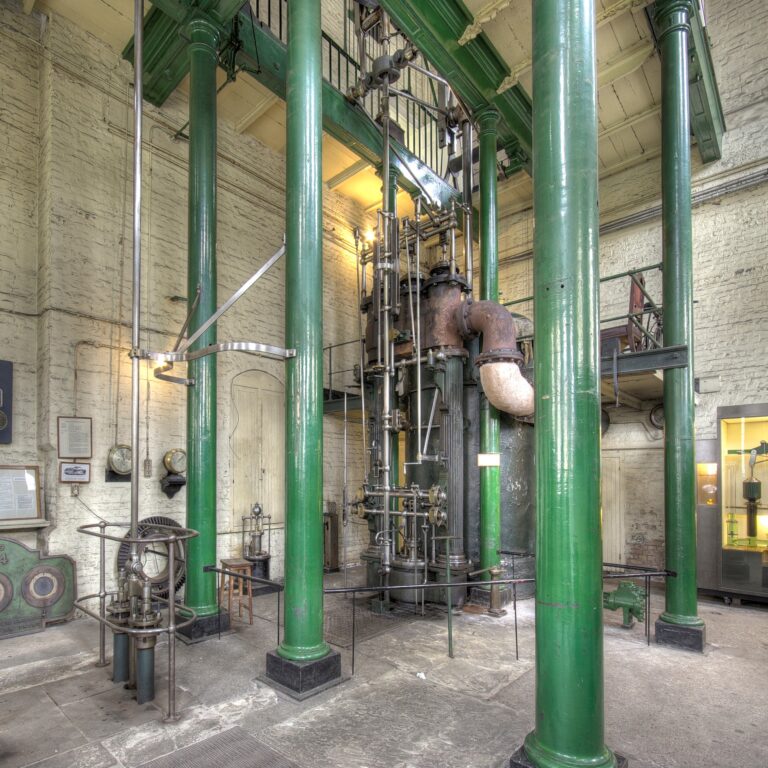 Reopening the Museum to the public and getting the steam plant back into working order have rightly been the priorities of staff and volunteers over the last three months. However, we have been able to make progress on the longer term projects too.

Century Millwrights looked again at the best way of addressing the completion of the steam line and have come up with a better solution to address the gap created by the new “slimline” steam valve. My previous report in March described our original approach; the insertion of a “bobbin” piece (a very short length of pipe with a flange on each end). This would have required the use of an (expensive) coded welder and inevitable delays while the work was carried out off site.

Instead, we now propose to insert a “floating” flange at either end of the valve. This is a thick disk the same diameter as a flange with a central hole, the same size as the interior of the steam line, and an external ring of holes, the same pitch and size as those in the valve flanges for fastening bolts. So at each end of the valve, there will be a pipe flange/floating flange/valve flange sandwich held together by long high tensile fasteners.

Finalising this piece of design means we have been able to refine our cost estimates for the whole project. While we will still be retaining a significant contingency, we have been able to identify enough money to start work on another repair project. The working model of a beam engine, formally located in the Boulton and Watt House, had been a major attraction particularly for young visitors in the past. Unfortunately, while it was being moved to storage it suffered significant damage to the case. The model has now been assessed by Richard Albanese. It is clear that before other repairs can start we need to get the model on an even keel or, to be more precise, provide a stronger chassis and castors, so that it can be moved without risking further damage. An estimate for the work involved has been provided by our resident blacksmith and we hope to be able to set this work in hand as soon as possible.

Will we steam the Boulton and Watt in 2021? Well, our chances have improved significantly now that the main contract is being let.