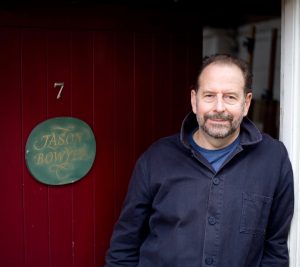 More than twenty years ago the renowned artist Jason Bowyer began visiting the Museum to draw and paint the workshops and the forge. A local Brentford resident, when there was an opportunity for artist to hire a studio within the Museum grounds, Jason jumped at the chance.

The Museum’s old oil store was converted into a space he cherished and he felt it was important to be involved in supporting the Museum and its loyal volunteers.

Jason was fascinated by the interiors that the Museum and the surrounding buildings had to offer. The forge and the old workshop have featured many times in Jason’s paintings. He was particularly fond of the Museum garden and would tend to the herbs which he had a passion for as he was the chef of his household.

We are so lucky to have a selection of Jason’s artwork on display in the Museum, and the Museum is to have a studio exhibition later in the year to celebrate his work.

Jason was an integral part of the Museum community and will be missed by all of us.

Some of Jason’s work: 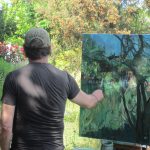 Painting in the Museum Garden 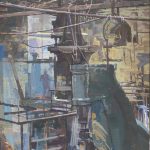 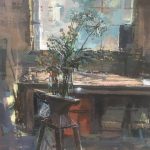 Flowers on the Anvil 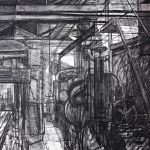 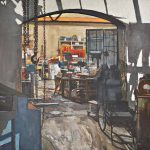 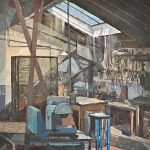 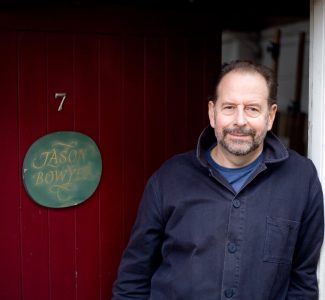